Anchor Hocking: Made in the USA for 117 Years and Counting

The history of Anchor Hocking spans 117 years, and throughout that time, the glassware giant has seen its share of highs and lows.

From humble beginnings in the early 1900s, to an industry leader in the 20s and 30s. And despite two wars and a Depression, it led a thriving industry post-war in the 1940s.

Anchor Hocking was once the heartbeat of Lancaster, Ohio. 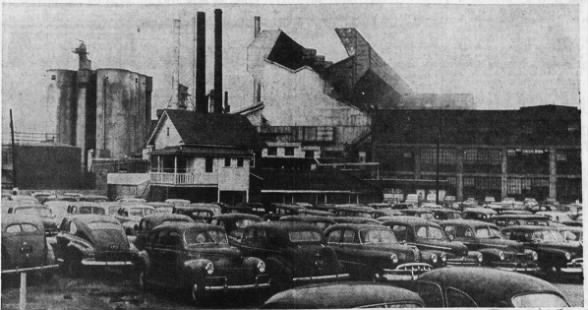 Then came the collector wave in the 1990s, where prices for vintage Fire-King Jadeite dishes soared. Online marketplace eBay was born, paving the way for collectors to buy and sell worldwide.

Jadite dishes were back in style again and Anchor Hocking made a line of reproductions in 2000 to commemorate them. Collector value stuttered, as the market was flooded by the dishes that were once disregarded by Depression Glass collectors.

Fire-King Jadeite was mass produced, so as soon as everyone discovered these dishes were now worth money, they checked every kitchen cupboard to sell what used to be worth pennies for hundreds of dollars.

Now, clear glassware can be easily found in stores like Walmart. But many of the colorful patterns collectors adore can only be found on the secondary market, as most new pieces of Anchor Hocking glassware have lost their character. Vintage Fire-King Jadite dishes continue to rise in value each year, which makes collecting them, a wise investment.

And today, Anchor Hocking’s “Plant 1” in Lancaster is still in operation, but only a shadow of what it once was.

What Does Anchor Hocking Do?

Anchor Hocking produces glassware for homes and for commercial use. They manufacture tempered glass that can handle high heat meant for use in the oven and stove. The same glassware can be used as serving dishes for the table and leftover containers for the fridge.

Anchor Hocking products are commonplace in most households. Even if you’re not a vintage glass collector, you’ve surely enjoyed a meal or a drink from glassware made by Anchor Hocking.

Major oil and gas reserves were discovered in Ohio in the late 1880s which resulted in the Ohio Oil Rush. (Vogt) 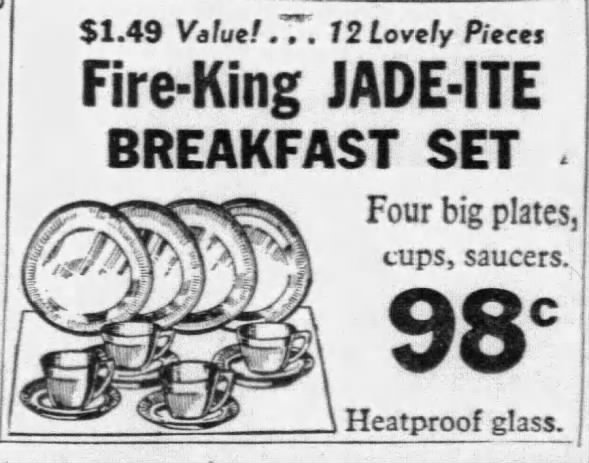 Why is it Called Anchor Hocking?

The Hocking Glass Company was named after the Hocking River that runs through Lancaster, Ohio. This is where the company’s first manufacturing plant was built, and is still in operation today. (Alexander)

What Was It Like to Work at Anchor Hocking?

In the hot end of the factory where furnaces turned silica and other minerals into molten glass, temperatures could exceed 150 degrees. Men working the line routinely fainted and were carried outside to cool down while they waited for the ambulance to arrive. Conditions were challenging and pay was low, but it was honest work that put food on the table and offered a sense of belonging. 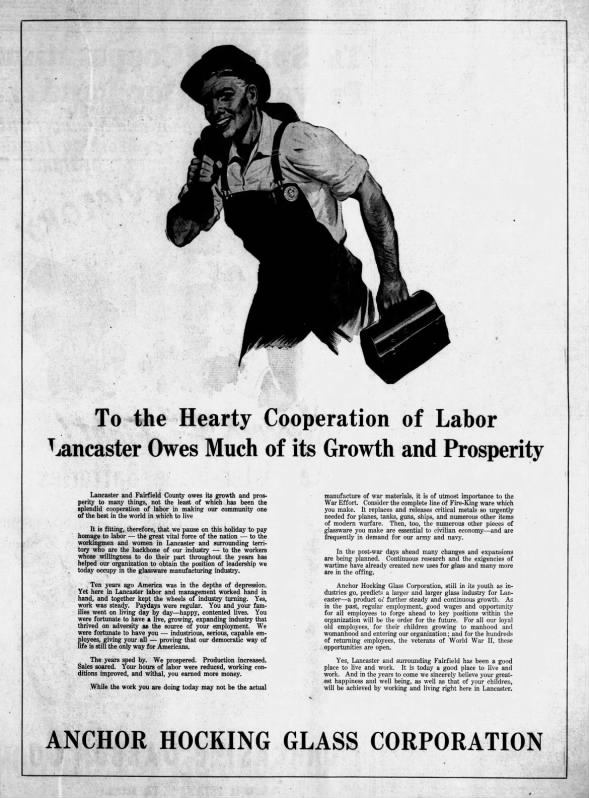 Discover some untapped nostalgia, as we follow the history of Anchor Hocking through the decades in this 4-part series.